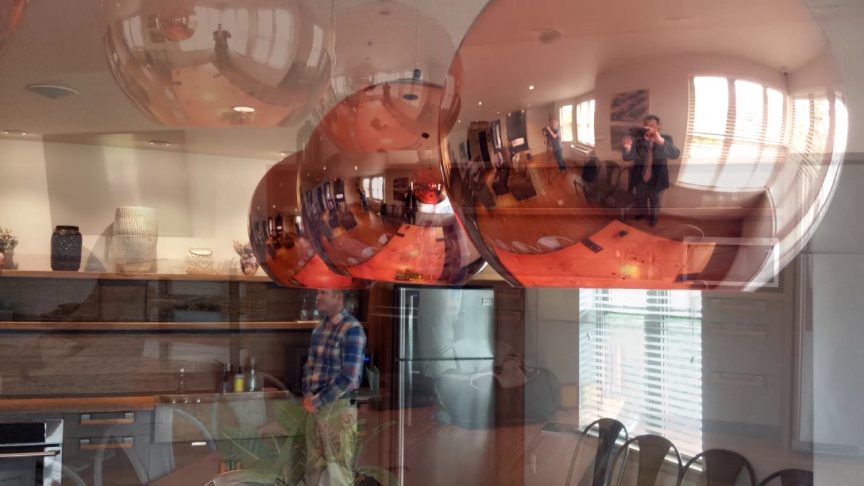 A huge challenge for city planners is the urban/suburban interface. That is, what’s the best way to introduce the density necessary to improve affordability without destroying the character of a neighborhood. We recently caught up with Sean Rogers of Investment Development Management and he talks about a high-quality, relatively high-density complex his company opened a couple of years ago in an established suburban neighborhood in Portland.

“…there is less than one parking spot for every two residences.¹ The parking lots are “unbundled”, meaning a resident doesn’t have to pay for parking if she doesn’t need one.”

The building is designed for and is actively managed to foster community among the residents and with the neighboring community of single family homeowners and retailers.

Rogers points out, “We actually target a lot of the neighborhoods and we try to have partnerships with some of the local businesses and restaurants.” Rogers emphasizes the importance of the community room and its TV for enabling a shared viewing experience of live television events.

And even the building’s retailers get involved, as well as the larger neighborhood through things like wine tasting in the community room and even shared television viewing of live televised sports events. It is a varied age group who live at Hawthorne 26. Rogers indicates that the residents tend to be professionals in their mid-20s to 50s.

This group isn’t married to traditional forms of transportation, as there is less than one parking spot for every two residences.¹ The parking lots are “unbundled”, meaning a resident doesn’t have to pay for parking if she doesn’t need one. And, when this video was produced, there were actually a couple of parking spots available. The Hawthorne 26 makes it easy to embrace alternatives to the automobiles with a well-appointed, secure bike garage. Although Portland’s light rail isn’t anywhere near, there is nearby bus service that serves as a car alternative.

Another nice touch is an on-site dog wash station, making it easy to keep a furry friend clean without having to leave the property. It is this attention to detail that sets Hawthorne 26 apart from the multi-dwelling units of yesteryear. With its minimal impact on traffic, the new retail it brings and the people who call it home, the Hawthorne 26 community has been an asset to the geographically larger single family neighborhood where it resides.

¹Parking adds a significant cost to a building, which translates into higher rental or ownership costs for the residents. Nationwide, there is a trend by developers to look at parking lot alternatives, as indicated in this 9/13/16 Wall Street Journal article, or build parking garages that can be adapted for other uses, as demand for parking decreases because of things like ride-sharing and autonomy (see this Wired article).